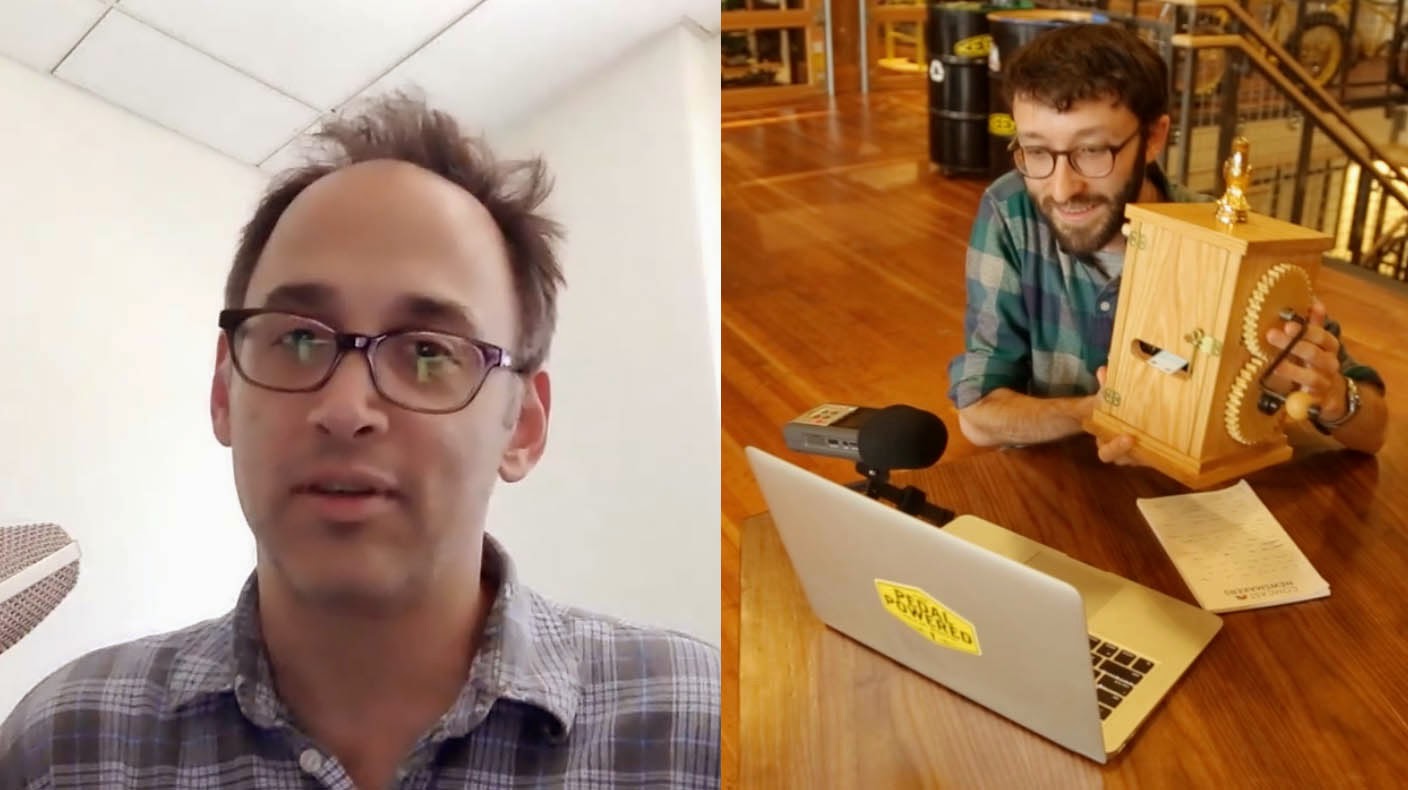 Today we release our first ever interview conducted over Google Hangout with director/writer David Wain. His new film, They Came Together, is a parody of a romantic comedy starring Paul Rudd and Amy Poehler. I haven’t seen it yet but all the reviews say it’s hilarious.

I chatted with David about the film, meeting Paul Rudd and the industriousness of ants! Does the Pedal Powered Talk Show work as well when I’m chatting over an internet connection? Watch right here and decide for yourself:

And as David mentioned at the end of our chat, the two of us have a long storied history. 11 years ago, I interviewed David Wain for On the Cusp, my late night talk show that aired every weekend on NYU-TV. He graciously showed up at our un-air-conditioned studio near Washington Square Park to chat about the DVD release of Wet Hot American Summer and he even brought Paul Rudd with him too. 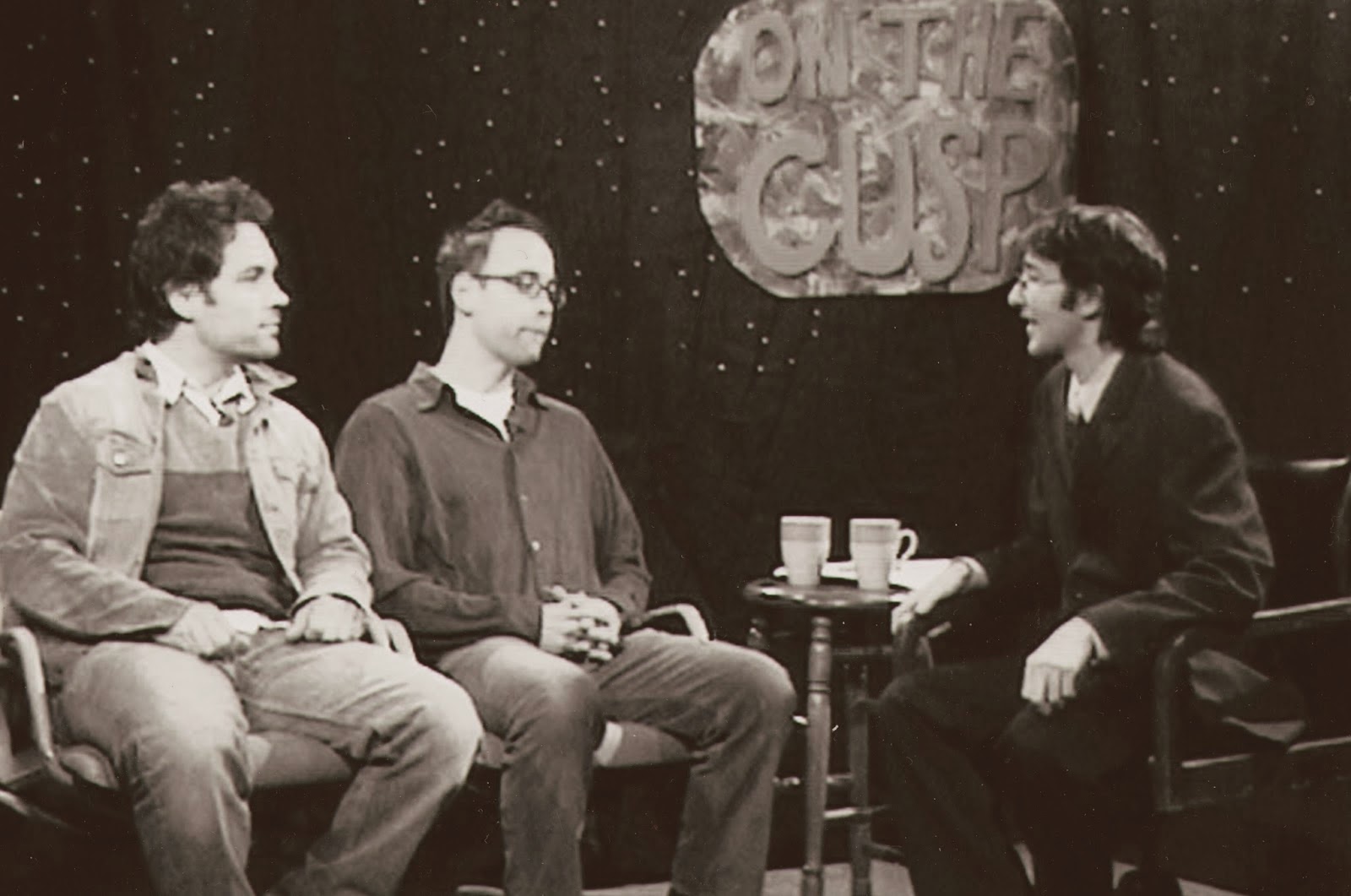 So thanks for letting me interview you again, David, and maybe in 11 years you can bring Paul Rudd with you? In the meantime, everyone go see They Came Together this weekend!