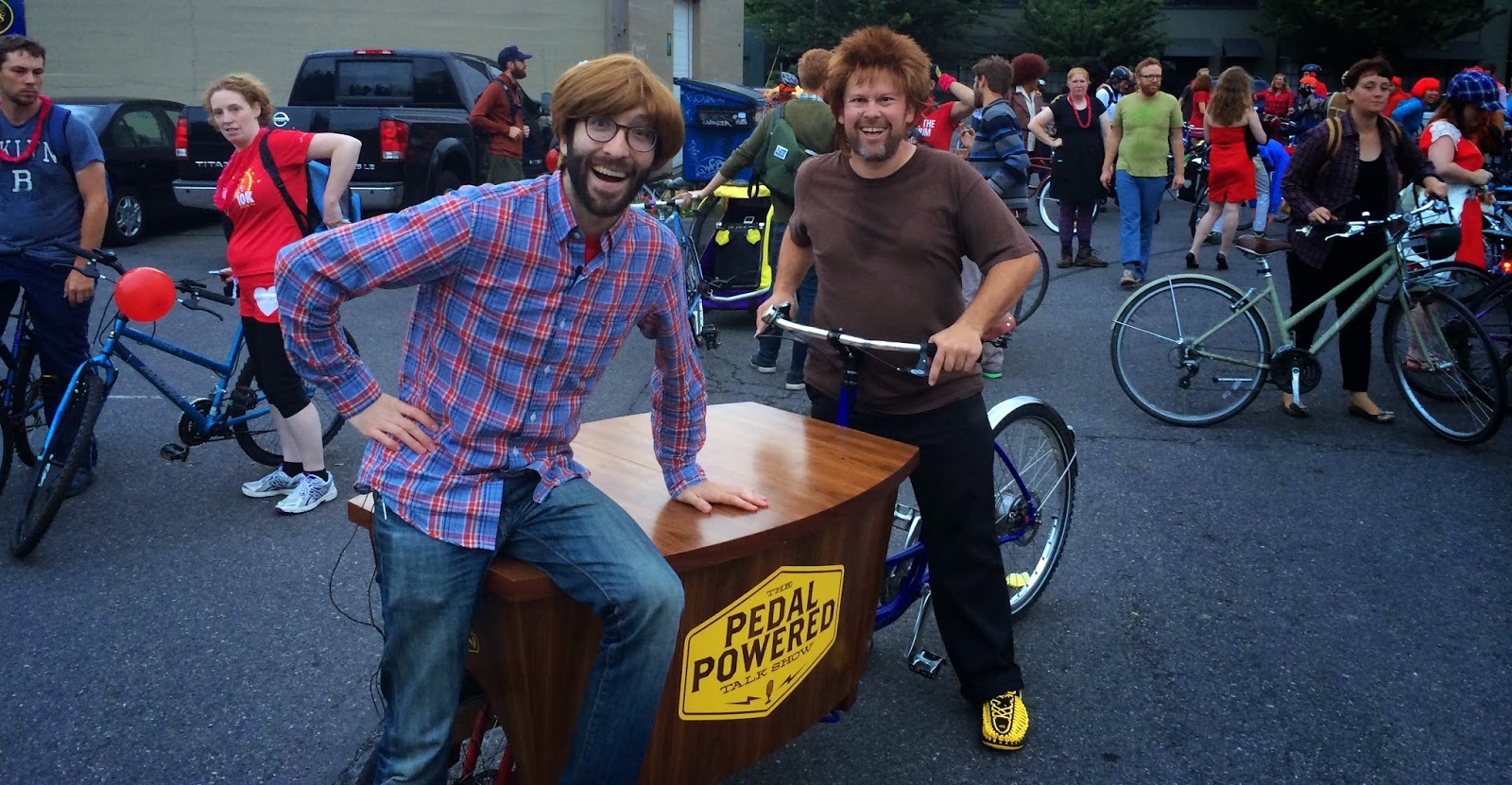 One of my good pals and co-workers Jessica co-created The Ginger Ride a few years back to unite all of Portland’s red heads for an epic annual bike ride. Of course, non-gingers are allowed as long as they dress the part. It seemed like a natural fit on our quest for “The Most Uneek Interview in the World,” so Phil and I bought a pair of wigs and joined this year’s festivities:

Now let’s take one more moment and really appreciate how awesome me and Phil look in red: 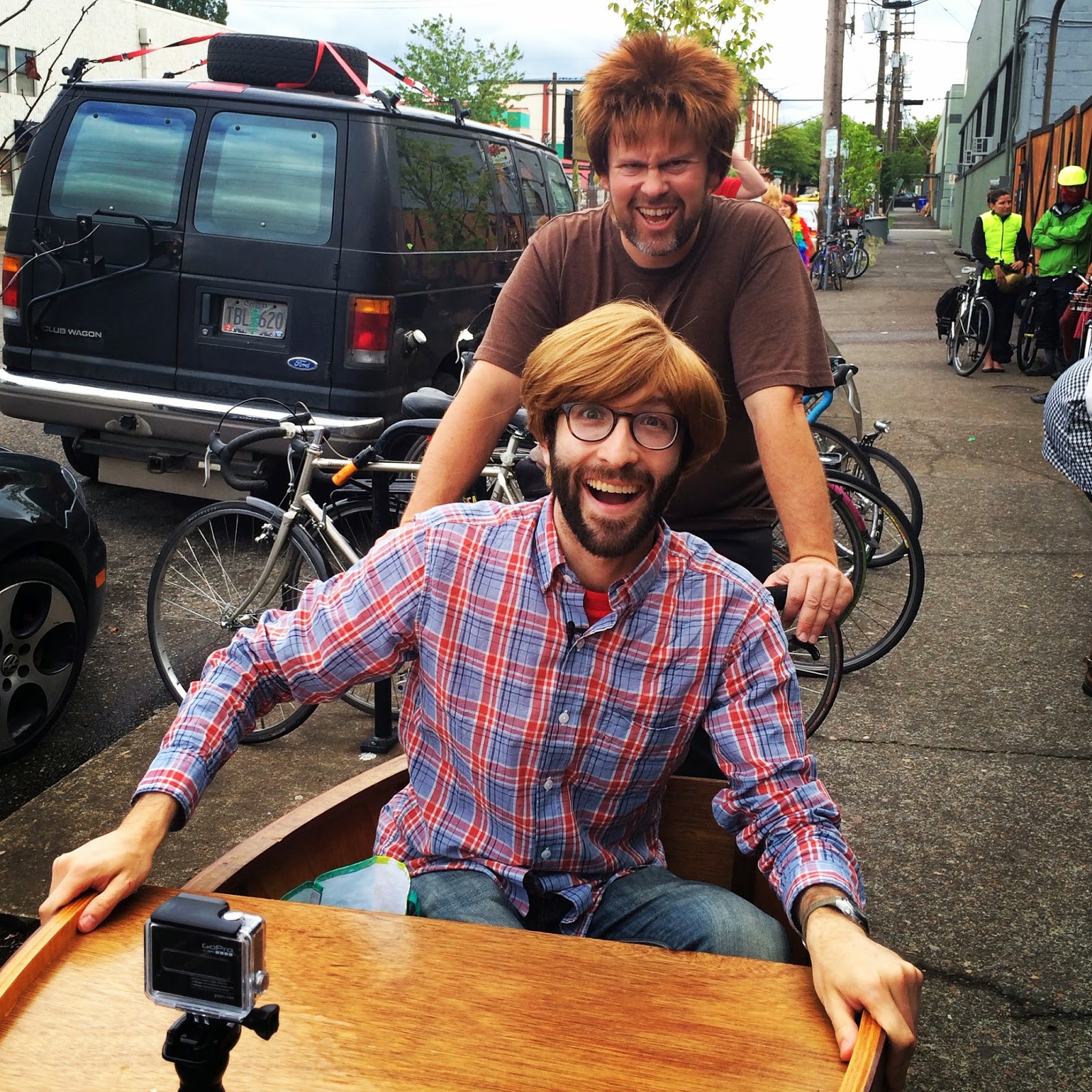